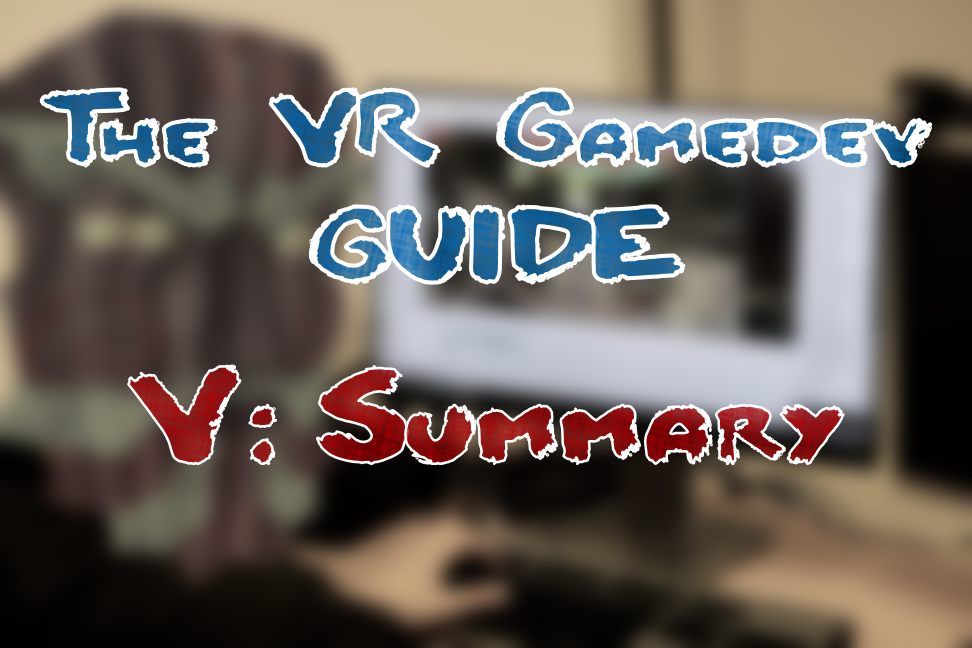 In this article series we presented a game design analysis for virtual reality game developers by investigating certain game aspects of a virtual reality game Tribocalypse VR. The given analysis was made possible due to the prior development of Tribocalypse VR by the author and the development team for 6 months. The aspects analysed were level design, graphical user interface and game mechanics. A measurement of immersion and clarity was proposed and used to assess the quality of different aspects. Articles described how each feature should increase the immersion or the clarity of a VR game.

In order to achieve good environment and level design it is important to keep the visual style consistent. Each level should be able to guide the player to their objective and should not confuse them. It is very important to remember that even in VR the players have a difficult time spotting things that are far away. The developer should also take into consideration player placement in level design. Each location must feel comfortable to the player and not cause discomfort e.g. from motion sickness or fear of heights.

When designing a GUI, it is good to remember that icons work better than plain text in VR (unless the text is animated). Also, creating GUI elements that blend in too well with the environment (increasing immersion) could reduce clarity, because players might have hard time finding these elements. Each interactable element of the GUI should be very easy to use. Closer distances between the player and the GUI elements increase their usability.

Fourth article covered common game mechanics such as interacting with pickable items and casting magic spells. We described solutions for making the interaction between the player and items feel as natural as possible. We also discussed different solutions for casting magic spells in a way that would not be confusing to the player. Two solutions were proposed for problems that involve player fatigue and tiredness caused by prolonged play of VR games. It is important to use every possible medium (haptic, sound, input, visuals) to make the experience as believable and immersive as possible.

We hope that this guide will help VR developers to avoid the design mistakes encountered during the development of TVR and will save them development time. In addition to avoiding mistakes this guide should give insight on how certain game mechanics can be developed. The author of the work, Jens-Stefan Mikson, might continue development on TVR in order to add a social aspect to the game. This could be in the form of online cooperative gameplay. The aim of this would be to increase the quality of TVR and to research social aspects in virtual reality games.

We thank the whole TVR-s development team for making the creation of Tribocalypse VR and thus this guide possible. Also, University of Tartu’s Institute of Computer Science and our Computer Graphics and Virtual Reality lab for providing the means for developing TVR. Special thanks to supervisor Raimond-Hendrik Tunnel for assisting with the completion of this work. And finally our friends and family who provided support during the development of TVR and writing of this guide. 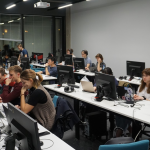 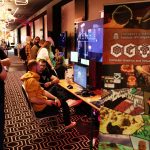