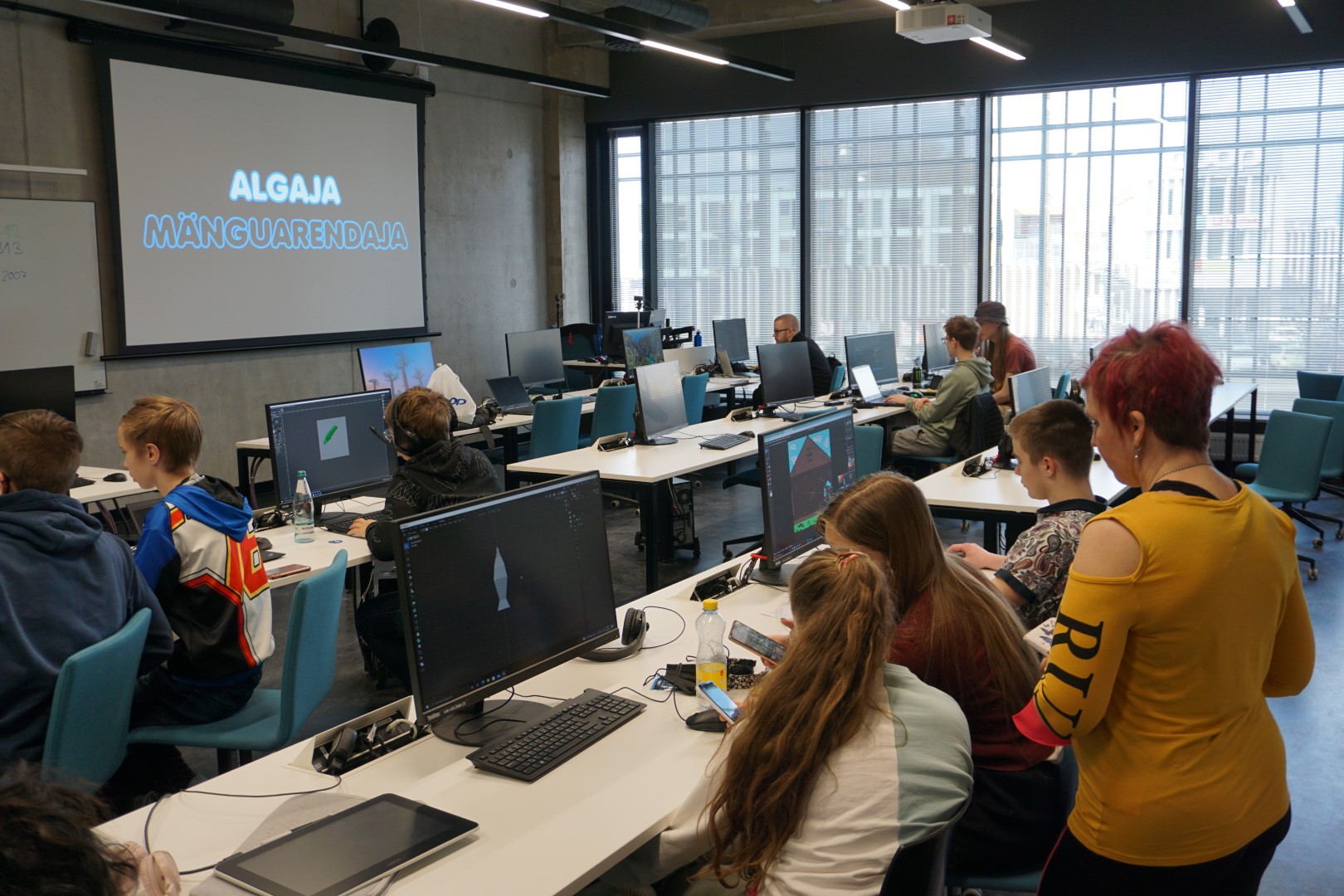 From the 1st to 3rd April in 2022, the University of Tartu Institute of Computer Science together with the CGVR lab organized for the sixth time their own game jam called Tartu Ülikooli Mängujämm 2022. There the participants found interesting people and developed a small game together in less than 48 hours. The participants had the chance to jam physically in the Delta building or online using Discord.

This event focused on beginners in game development and those who haven’t had the chance to develop any games before. There were some teams who came and did not have any experience whatsoever but were able to make their first games. The youngest participants were only 13 years old which is not that common in our game jams.

The first day of the game jam started with the opening ceremony where the host of the evening Daniel Nael opened the jam by presenting the basics everyone needed to know in order to get started with this event. Soon after that team formation started which led to the creation of 14 teams.

In our game jam, we had 62 participants who formed 14 teams. Team sizes varied from two to six people. On the last day of our game jam, all of the teams presented their games and the best ones were awarded. Every team was able to finish their game and all of them were good in terms of functionality, looks, and sound. The theme of our game jam used Ludum Dare 50 theme which was delay the inevitable. Therefore, our participants also took part in Ludum Dare 50 and got the experience of participating in a more global game jam.

Jammers were helped by tutors Kristo Männa, Grete Hollo, Ralf Brait Lehepuu, Toomas Tamm, Joonas Halapuu, Daniel Nael and Karl Erik Saks. Based on the feedback of the jammers they enjoyed working with and learned a lot from the tutors.

I PLACE – Cup Half Full

When you like physics and Tetris then you are going to enjoy Cup Half Full. The authors of this 2D game know how physics based puzzle games should be made. It is noteworthy that only one person in the team was more advanced in the game development field, all the others were only beginners and most of them have not done any game development before.

The minds behind Solar Eternity have delivered a really polished experience. Not only have they implemented good gameplay they also added effects and controls that made the game feel more alive. This fine specimen should be an example not only for game jam games but games overall. Therefore, jump into the game, fly with your spaceship and save Earth from the exploding sun.

III PLACE – Life of the Only Rational Scientist

The authors of Life of the Only Rational Scientist have made a deep and sinister story-based game. It tells how artificial intelligence will eventually take over the world and there is nothing to be done to stop it – one can only keep delaying it. The game itself has a very beautiful design which makes for a very satisfying experience. 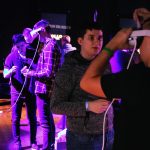 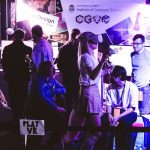 Games at Comic Con Baltics 2022: Together with GameOn

Back in 2019, our students showed their games at a gaming convention GameOn in Lithuania. Since then we had been waiting for another chance to go to that event, but due to Covid that wait was for a couple of years. Now in 2022, GameOn partnered up with another big Lithuanian convention – Comic Con […]