The Delta Building Visualization project is a 3D visualization of the Delta academic building. The visualization works with real-time real-world data from different API-s and building’s sensors. The aim is to show to the occupants of the building the activities that take place there or, in other words, that the building is alive. 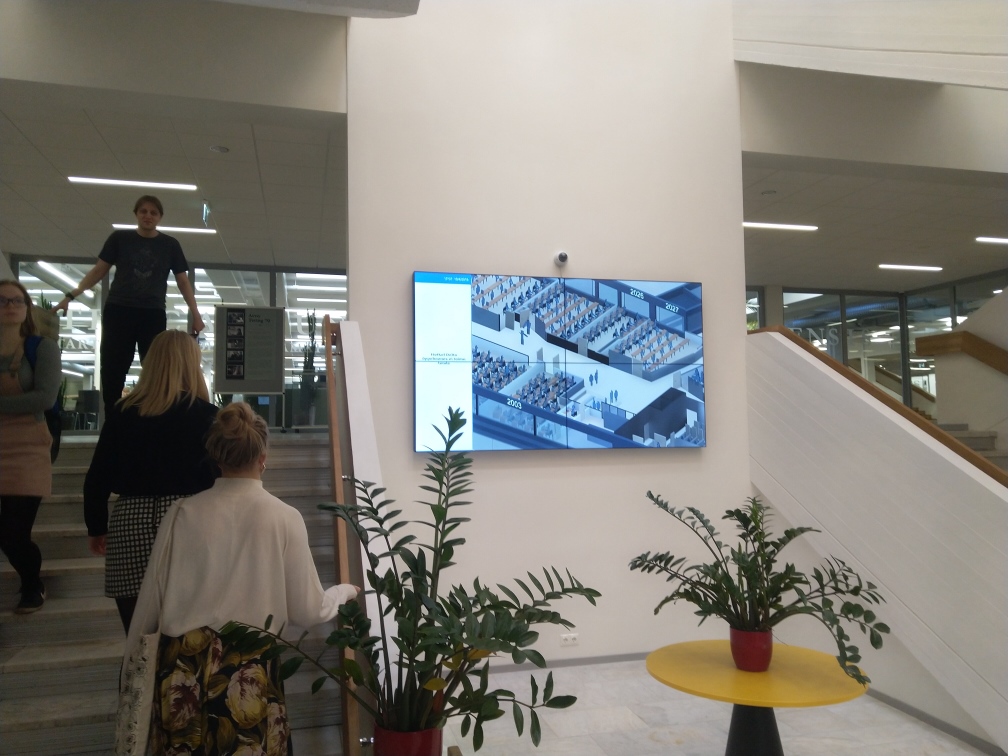 The project was started in 2017 by the students Aleksander Nikolajev and Andrei Voitenko. They worked on the initial 3D model of the building to make it suitable for real-time visualization. The mesh was optimized and furniture was added. They also created the initial integrations with Cumulocity, the Study Information System and OpenWeatherMap API-s for fetching the data. The multi-agent system controlling the movement of agents inside the visualization based on the incoming data was also made. Based on the weather data, different weather effects were visualized and the information about the weather and building’s timetable was shown.

Students Daniel Kütt, Meelis Perli and Einar Linde then continued working on the project. They created an Admin Tool to more easily switch out real data with mock data for testing and demonstration purposes. The multi-agent system was improved upon, agent paths were made more random and agent grouping was added. The lighting was made more dynamic to support switching the lights on or off in each of the rooms and some weather effect improvements were added.

The students Kütt, Perli and Linde participated in the Student Project Contest 2019 with the project and won second place in the general Bachelor’s category. 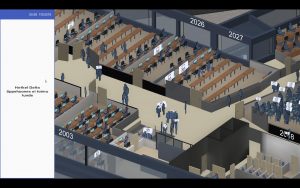 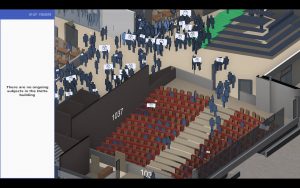 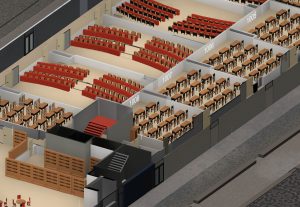 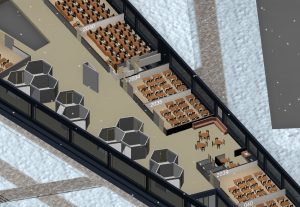 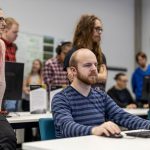 During the Delta Opening Event on the 29th of January in 2020 our students and staff showed their best works to the public. The expo was in the lab room 2007 and the computer graphics computer lab room 2006. In total 16 authors showed 22 projects. The projects ranged from computer games and virtual reality experiences […] 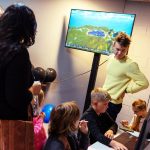 Our students showed their games in the Robotex International 2019 expo. The expo lasted three days from 29.11 to 01.12 and took place in Saku Suurhall, Tallinn. The games ranged from action-packed platformer games and casual mobile puzzle games to tactical turn-based card games. The expoed games were: ShieldFormer by Karl Erik Karindi & team During […]